We’ve moved!  After over a month of living out of a suitcase, a cross country drive, two weeks of quarantine, and a LOT of eating out, we are finally moved into our new place in Vancouver, with the kitchen set up and ready to roll.  And that means it’s time to continue our sojurn with the next country in the alphabet after Canada – Cabo Verde!

OK fine, so we didn’t notice Cape Verde changed its name.  Cabo Verde is a small country off the coast of west Africa that didn’t have an indigenous population before the Portuguese showed up, so the colonialism is a LITTLE easier to stomach with this one. (But wait until our NEXT entry.)  The national dish is a bonkers complicated stew called cachupa.  Now, we aren’t above attempting complicated stews with Portuguese names, but for our first time out of the gate in a new kitchen, we decided to start with something slightly easier.

We decided to have a go at a dish called Pastel com diabo dentro, or “pastry with the devil inside.”  I mean – how could you resist?

Turns out these are deep fried sweet potato and cornmeal pockets with a spicy tuna mixture inside them.  What’s not to like?

We started by chopping up raw tuna and marinating it with chiles, garlic, and vinegar: 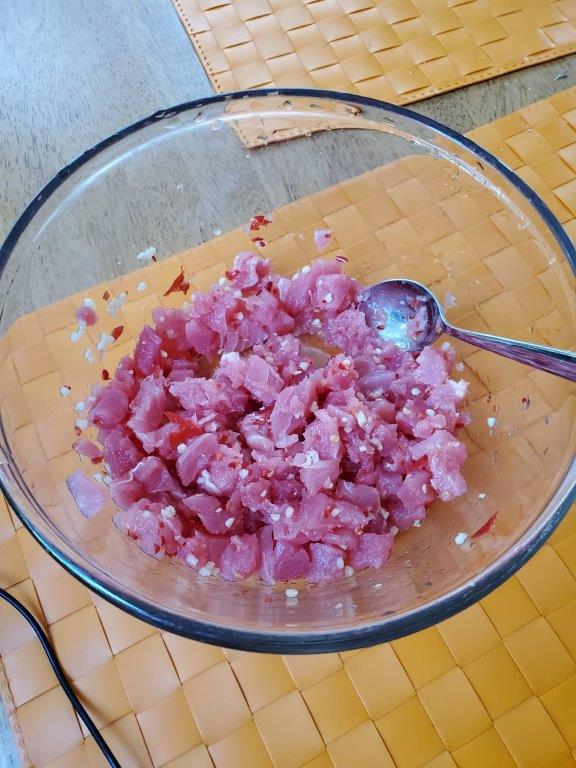 Next, a quick fry with onions and tomato paste: 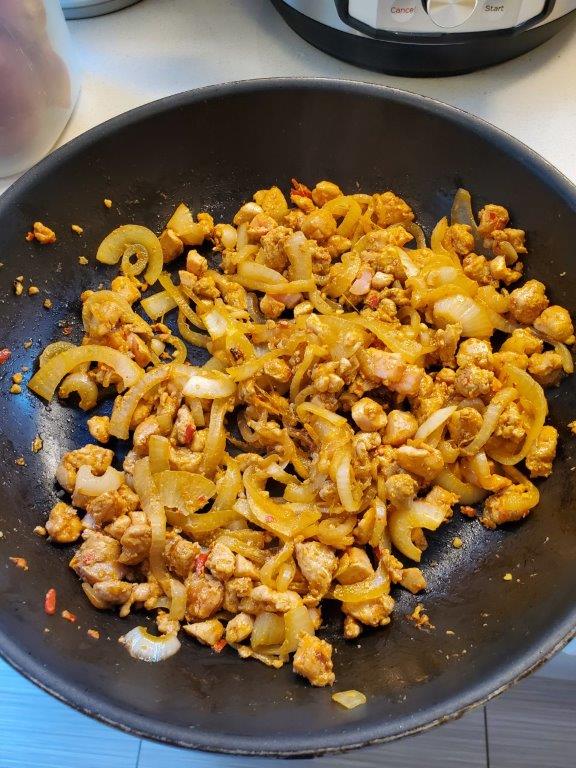 The blogger from whom we stole this recipe suggested that if he made it again, he might leave the tuna raw, which would be less authentic, but tasty.  I would tend to agree.  However, it was still tasty, and we only just seared it on the outside.

Next up, time to make the wrapper.  A few sweet potatoes were peeled, boiled, and tossed into the Kitchen-Aid (which seems to have survived the move intact, huzzah!) with enough cornmeal to make a dough. 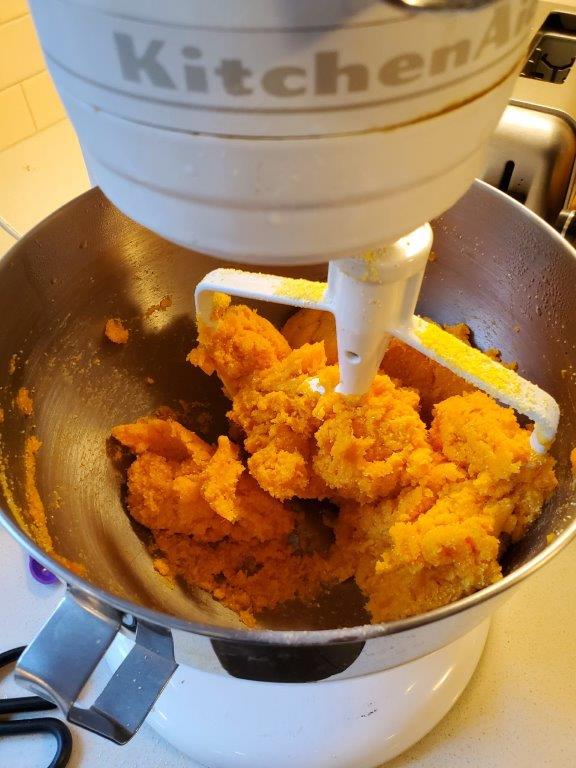 Reading the recipe after the fact, it appears we were supposed to refrigerate the dough to make it easier to work with.  I wish we had done that, because it wasn’t very easy to work with.  Eventually, however, we got our little tuna and sweet potato pockets assembled. 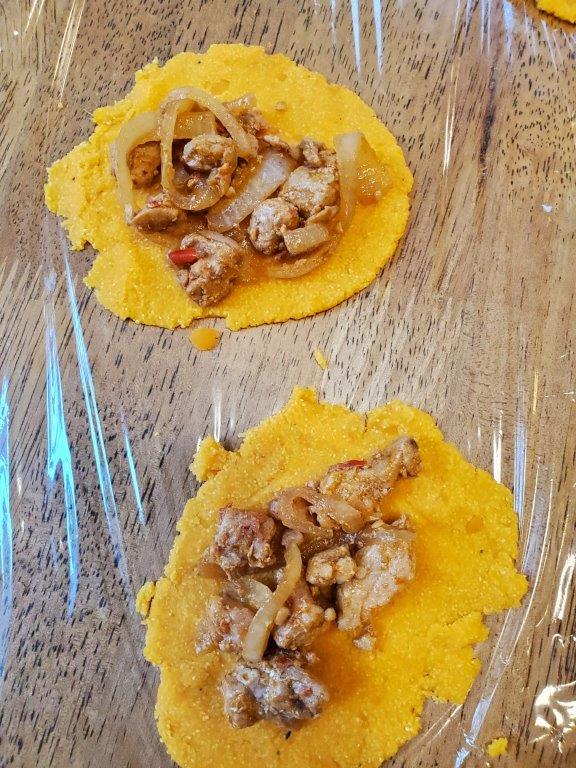 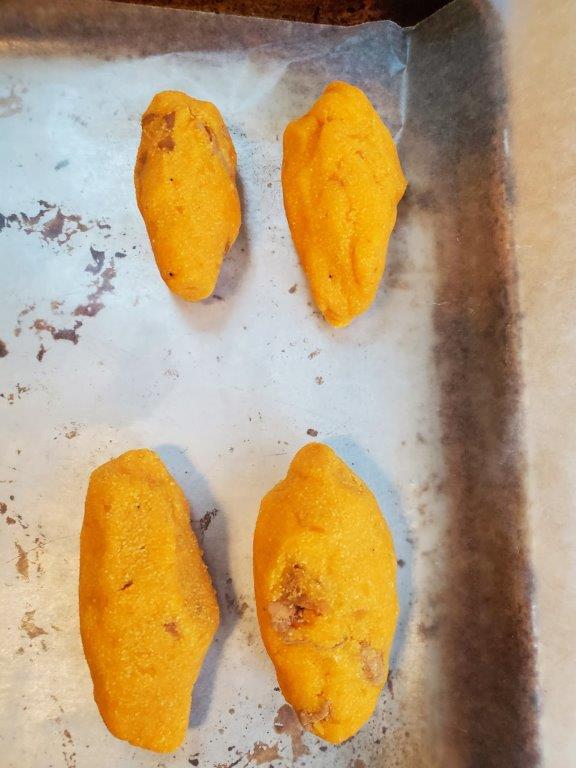 And that meant it was time for another bout of trying to deep fry stuff without burning the house down.  But this time in an apartment building! In the meantime, we also rendered some pork and onions as a base for yet another cassava starch side dish.  This one, sadly, was no more exciting than any of the others. 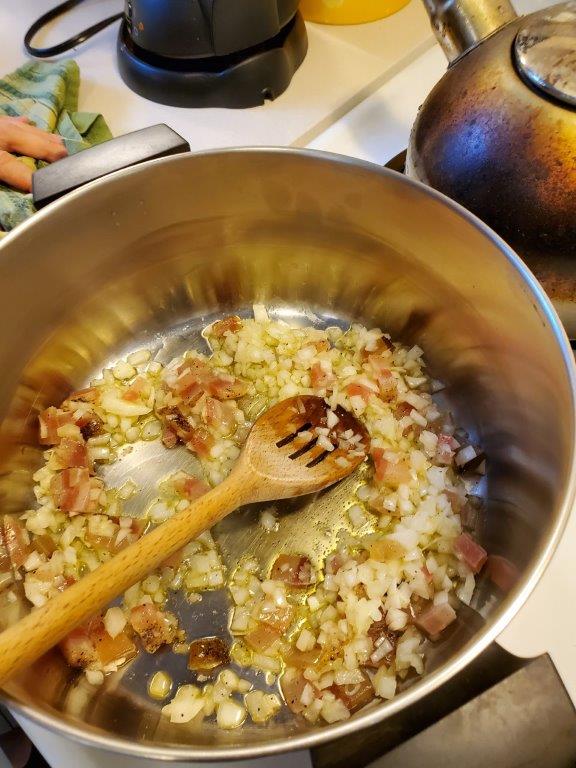 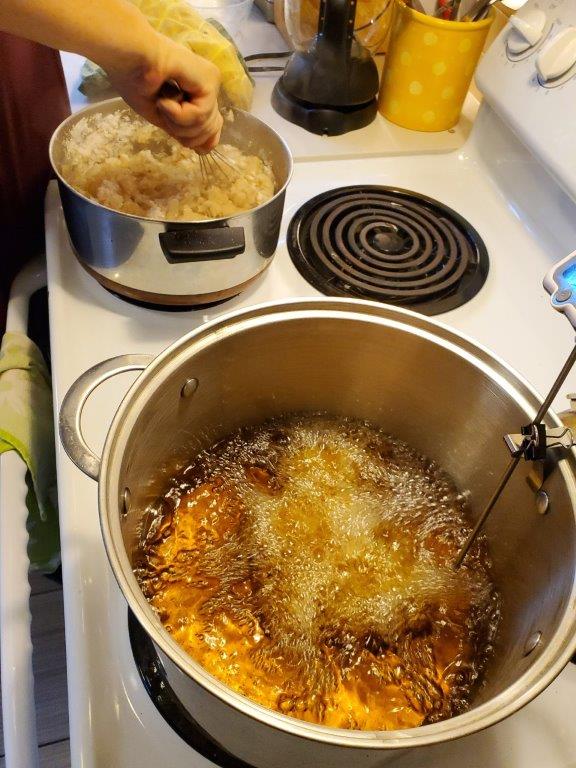 But who cares about the starch paste?  We have TUNA SWEET POTATO CORN DOGS!  And they were AWESOME.  This recipe may very well get made again, even though it is a lot of work, because it is SUPER tasty. 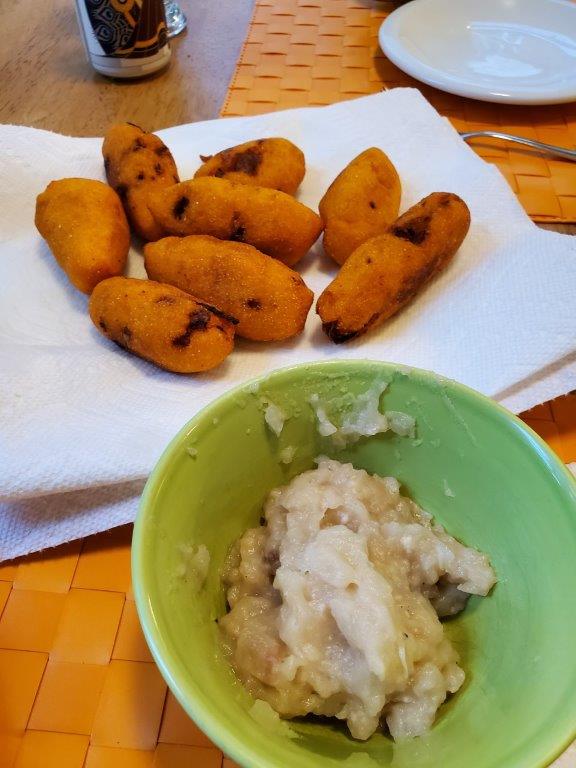 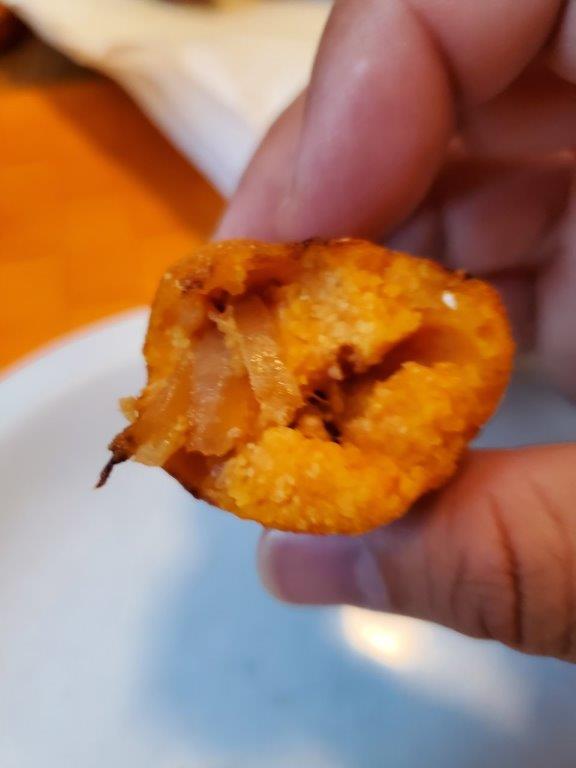 As we often do, we let the nice author of “Cooked Earth” do all the research work for us.  Sadly, we’re only two countries behind him now, so it looks like we’re back to less exhaustive sources soon.  But here’s the recipes if you want to try:

Next up, the Central African Republic.  And hoo boy, remember that colonialism we dodged this time?  Yeah…

So, this seems to be the easiest way to share information about our vacations with people who might actually care.  If we’re REALLY feeling ambitious, we may even go back and add information on previous vacations, which is why I’ve retroactively dated this post from before we took any.  Coming soon, Greece 2012!