I have to admit, I’m not very good at Central American geography.  I can pick out Panama on a map, and Belize, for some reason, but the rest I have to check.  The irony is that having typed that first sentence, and on looking at a map, I discovered that that Guatemala actually claims ownership OF Belize. Interesting.

But for today we’re talking about Guatemalan food, which is an interesting combination of indigenous food traditions and colonial influences.  There’s no officially designated national dish, but we’re going to be making a likely candidate – a chicken stew called pepián.

So to start, we need chicken. 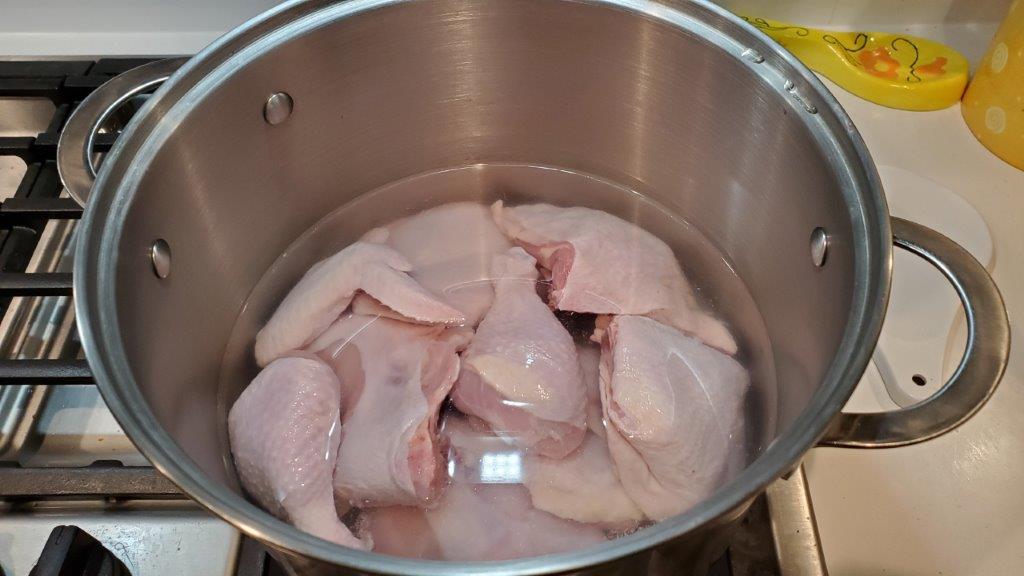 What differentiates this stew is the thick, red sauce, the preparation of which is ninety percent of the effort in making this dish.

First we toast a bunch of stuff.  In separate batches, pumpkin seeds, sesame seeds, and a cinnamon stick: 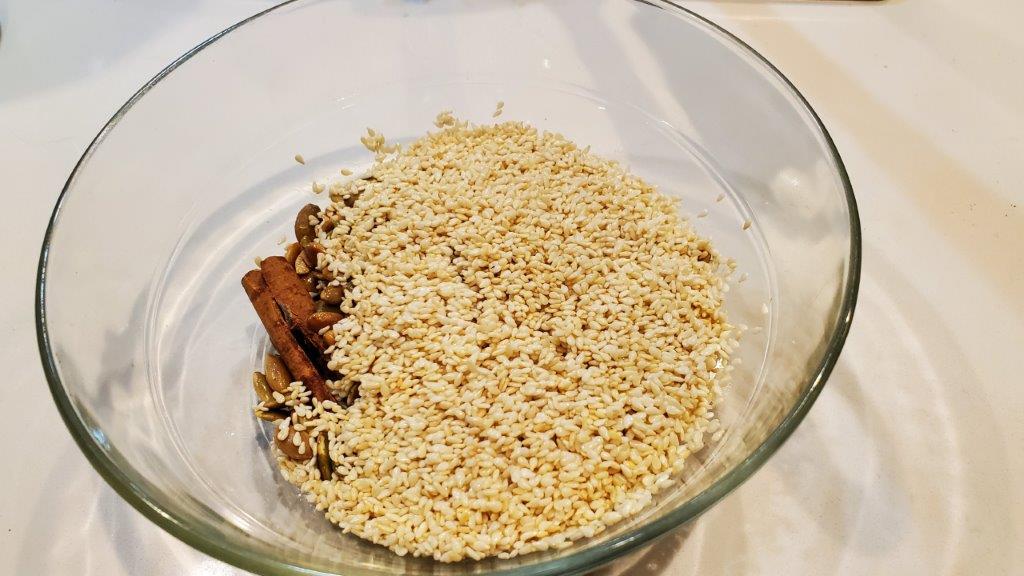 Then a bunch of veg – onions, tomatoes, and two different kinds of dried chilis: 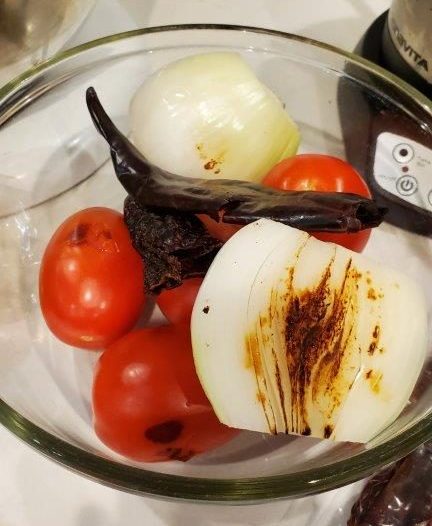 Then a couple of corn tortillas: 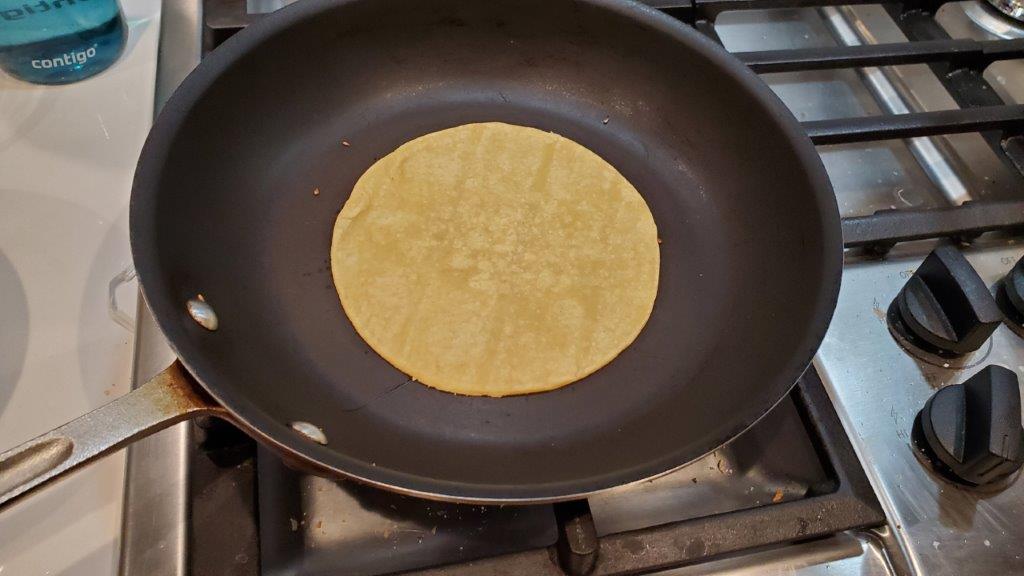 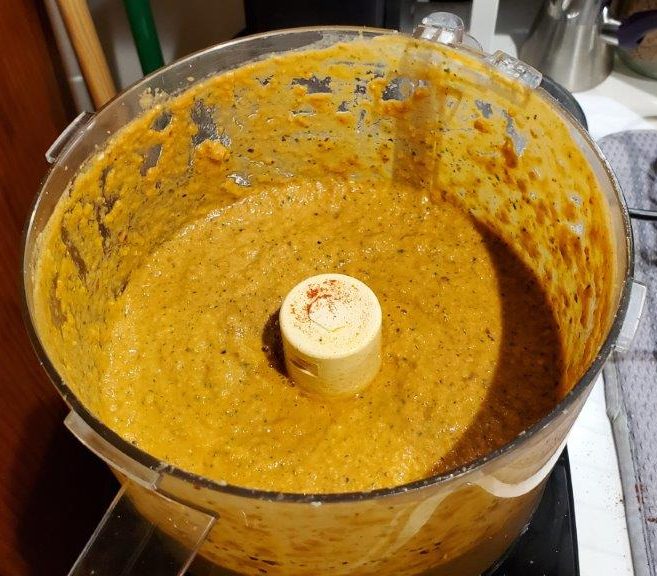 While we aren’t pureeing a bird, the sauce IS supposed to get some stock at this point, and the recipe calls for mixing it in the food processor, but we had definitely reached capacity, so instead we mixed everything in the cooking pot and tossed in the chicken to continue cooking.

The recipe also calls for the helpfully unspecific “vegetables.”  There are many possibilities, but we decided to go with our old central American friend, the chayote. 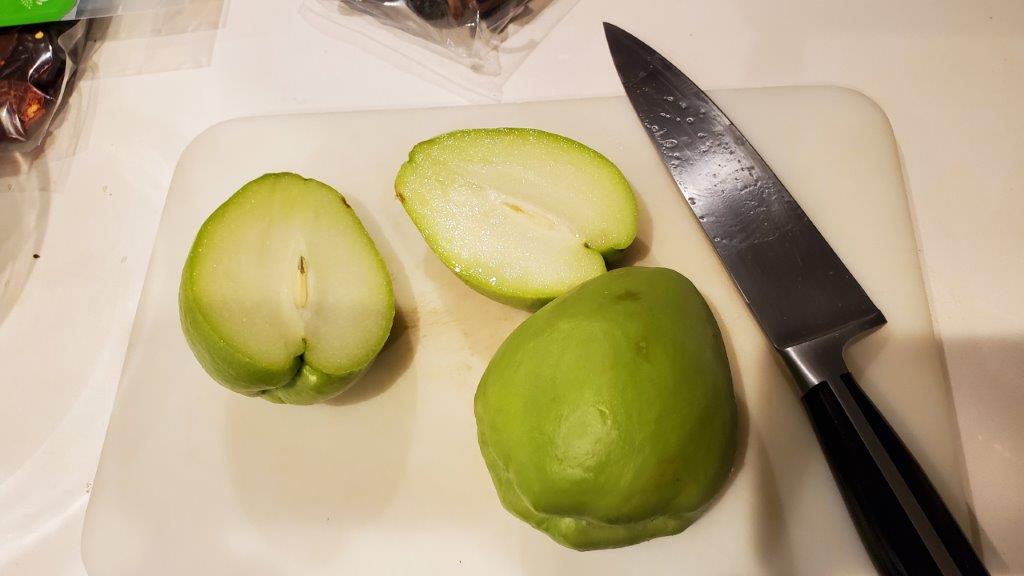 That get cooked separately so it doesn’t go mushy in the stew. 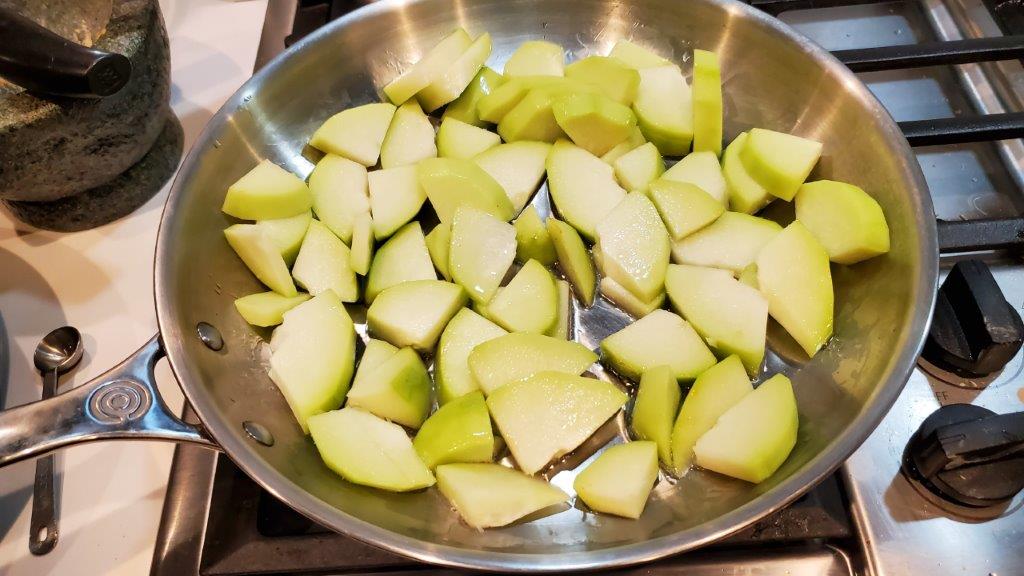 And finally, everything gets put together and served with corn tortillas: 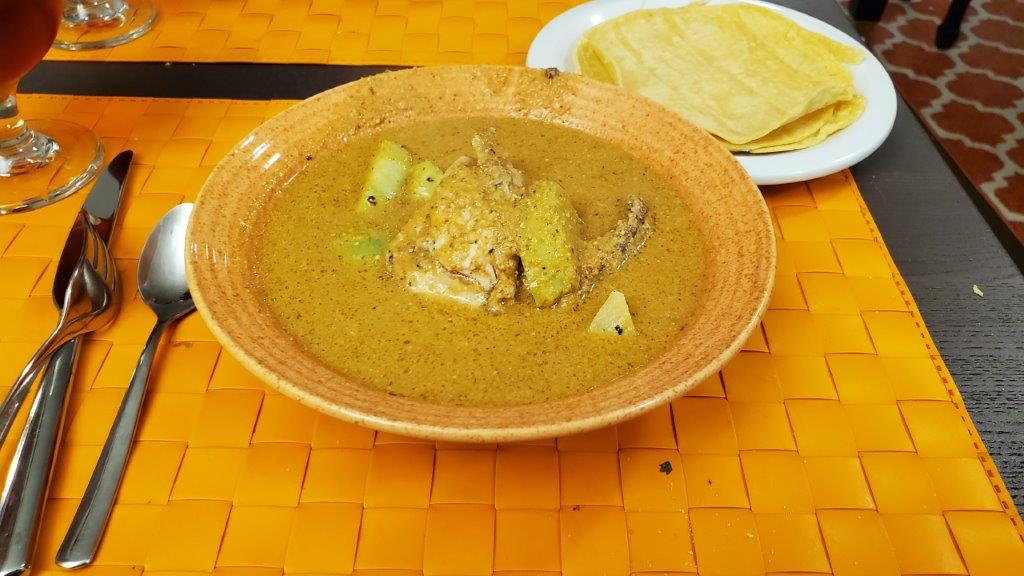 This was delicious. The sauce was very thick and textured, and had a great flavor from the seeds and the charred vegetables.  It’s somewhat reminiscent of a molé sauce without the dark ingredients like chocolate.  In theory, it would have been typical to serve it over rice but… well, we forgot to make rice.  It was still excellent, and we ate the leftovers with nice crusty bread.

We did make a dessert as well, a sesame seed cookie called Champaduras. For this, we got to buy one new-to-us ingredient, Piloncillo sugar. 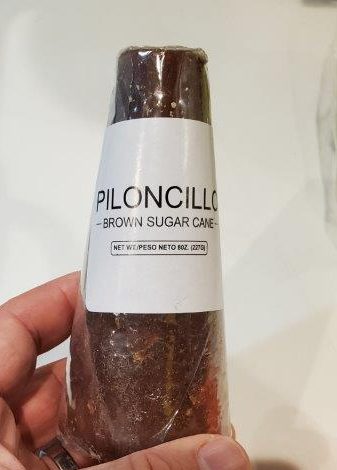 It turns out to be somewhat difficult to work with, and I don’t think we got it crushed down as fine as we were supposed to. 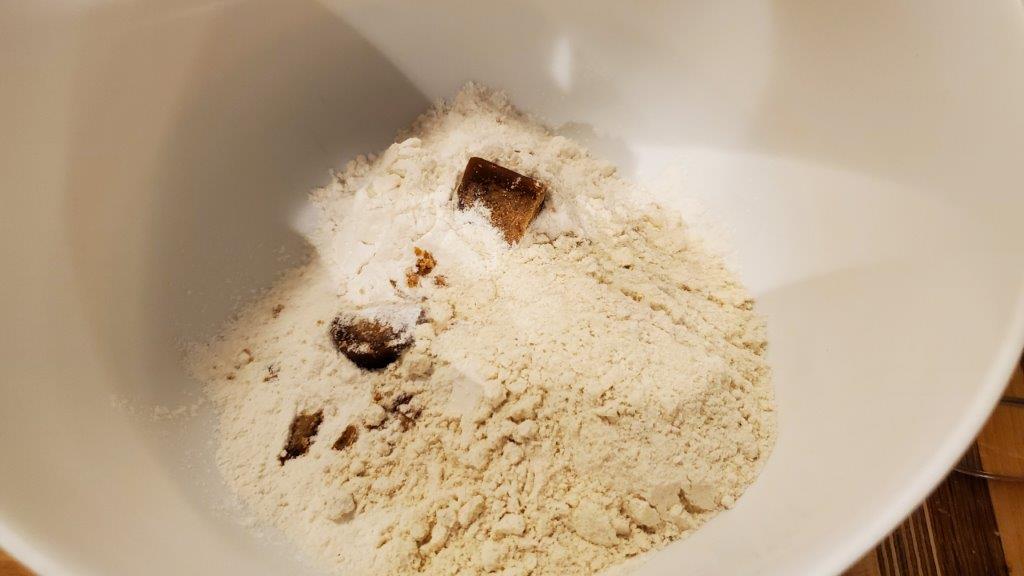 Decide sugar bits are too big, remove to mortar and pestle to mangle for  a bit.  Return to bowl.  (This definitely was NOT in the recipe.) Cream in butter and sugar to make a dough.  After resting, roll out dough and cut cookies. 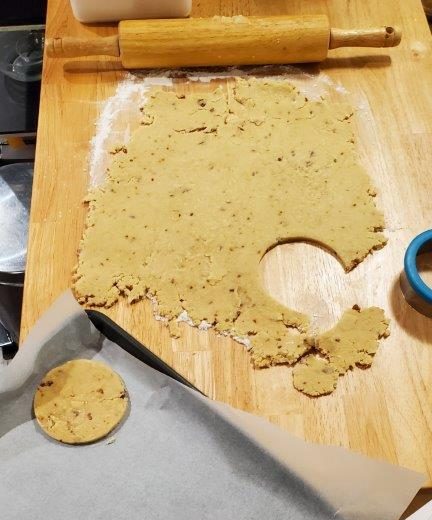 Bake in the oven and top with sesame seeds, and you have a delicious, not terribly sweet cookie. 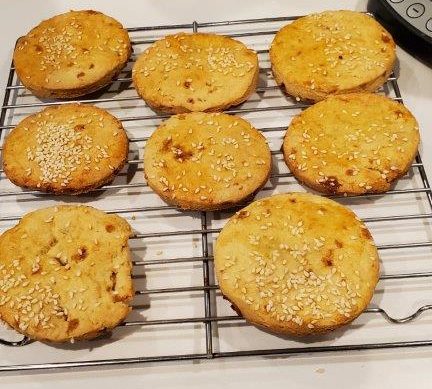 They were a nice crispy/chewy shortbread.  I took them into work the next day, and my coworkers claimed to like them too.

And that’s Guatemala!  A tasty Mayan influenced stew and some cookies – what’s not to like?  Next up, we travel back to west Africa to explore Guinean cuisine.