Leigh went to THE Ohio State University, so we’re used to mandatory definite articles. In the case of Gambia, the reason for the specificity is because the leadership of the country were tired of their mail being misdelivered to Zambia.

I am not making this up.

So what are we making from the smallest country on the African mainland?  A beef and peanut stew called Domada. We’ve made at least two other peanut stews from Africa on this project, from the Central African Republic and Chad.  This one, however, turned out a bit differently.

For starters, this one used sweet potatoes.  Now, tubers are a complicated and contentious topic.  It takes a lot of research and careful comparison of sources to understand the difference between different kinds of sweet potatoes, yams, and other starchy tubers like cassava and taro, and to identify which one is ACTUALLY most likely to turn up in dishes in a particular locale.

We didn’t do any research.  We just bought this monster and went with it. 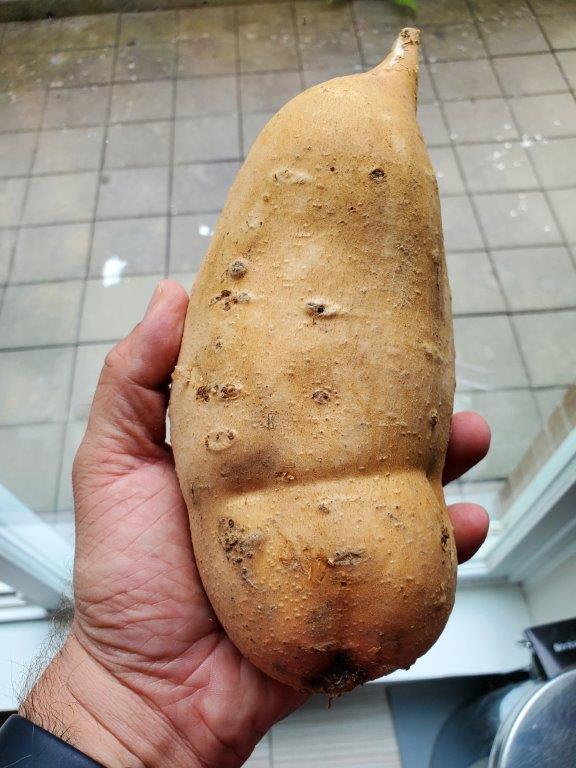 I normally scale the pictures down to make them fit the text better, but I’m going to leave this one big, just to help you appreciate the size of this thing.

Other than the giant tuber, there’s not much else to show here as far as preparation – you first sauté onions, because it really doesn’t matter WHERE in the world you are cooking – at least half of ALL recipes start with sautéing onions.   It’s pretty striking.

Look – here’s a picture of some onions.  Guess if it’s from THIS recipe or some other one! 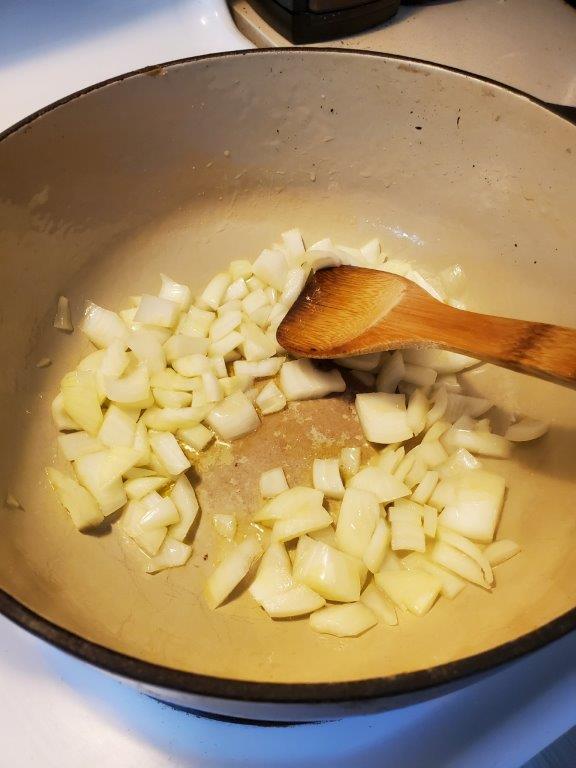 It’s from this one – we have SOME integrity.  But once the onions are ready, you just throw everything else into the pot and let it go for an hour, so not a lot of other pictures.

“Everything else” in this case being peanut butter, a few tomatoes, a scotch bonnet pepper, and a the entire cubed sweet potato, along with the beef. 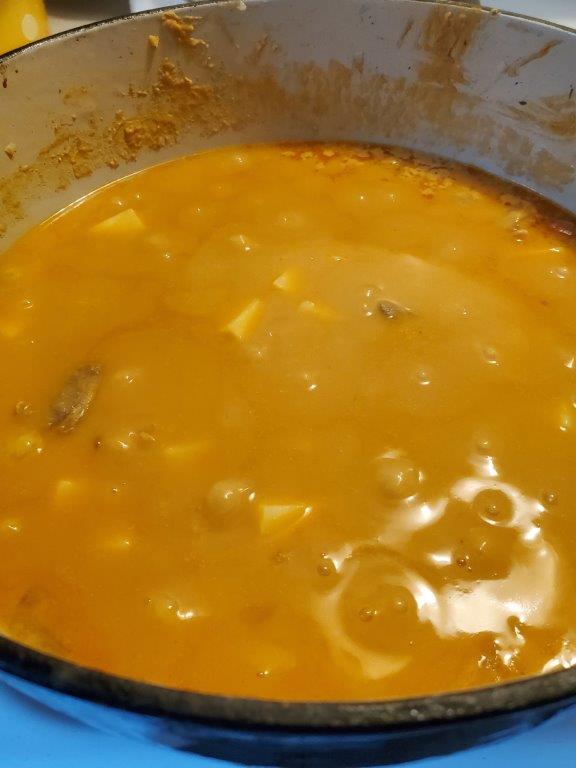 It’s an opaque stew, so not a lot to see in the picture.  Here it is served over rice: 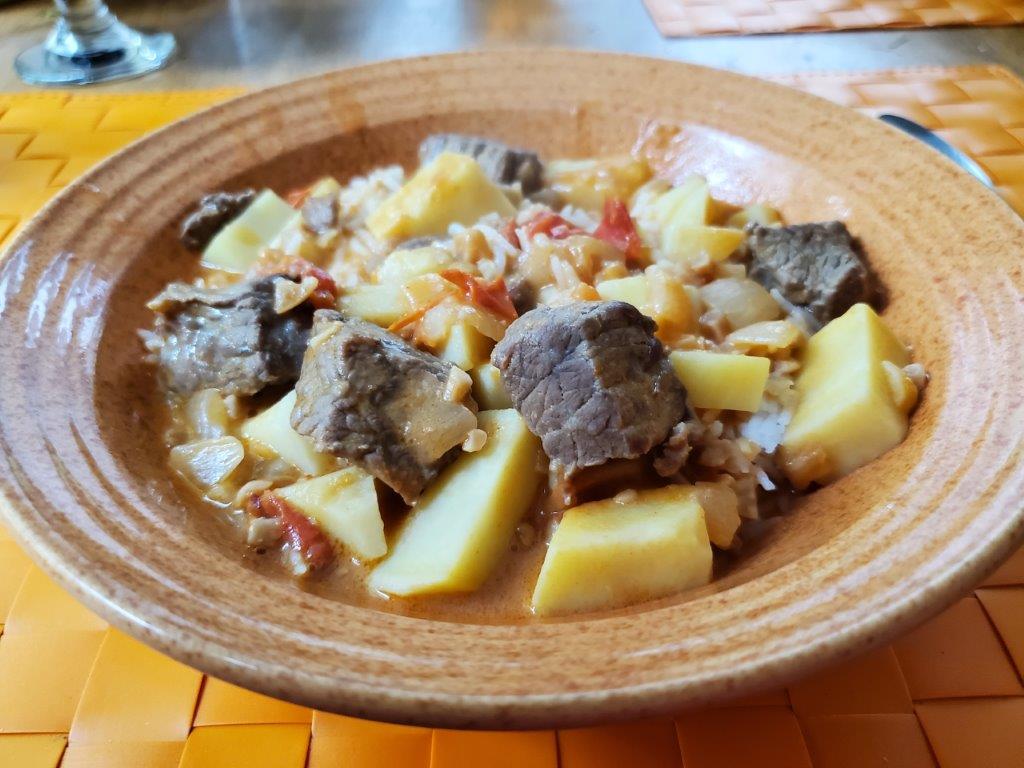 Also, while I’ve been very glib in this writeup, I don’t want to sell this stew short – of the various African peanut stews we’ve made so far, this one probably came out the best!  The sauce thickened up really nicely, and the overall flavor was hearty and filling.

Nice the job, The Gambia! Your the stew is quite the good!

Next up, Georgia, although that will likely be delayed a few weeks as we move into our new apartment.