Burundi is a country without a lot of recipes on the internet.  Which is unsurprising, given that it is quite small. According to Wikipedia, it is the 142nd smallest country in the world at the time of this writing, coming in just larger than Lesotho, but smaller than Moldova.

In fact, just about every food blog that talks about Burundi refers to the same thing: a stew of plantains and kidney beans. In fact, while I assume this dish HAS a local name, I can’t even find it!  So beans and bananas it is.

The good news is that this dish is both vegan and gluten free, allowing us to invite our good friends Amanda and Christina over to share the meal.

The beans in this case are kidney beans, which I’ve had generally poor luck with in the past – getting them to an edible texture takes a lot of work.  So for this recipe, I soaked them a full day in advance.  Past that, the actual preparation is pretty simple: cook the beans for an hour, fry onions, plantains, and chilies in red palm oil, then toss them in with the beans to boil until thick. 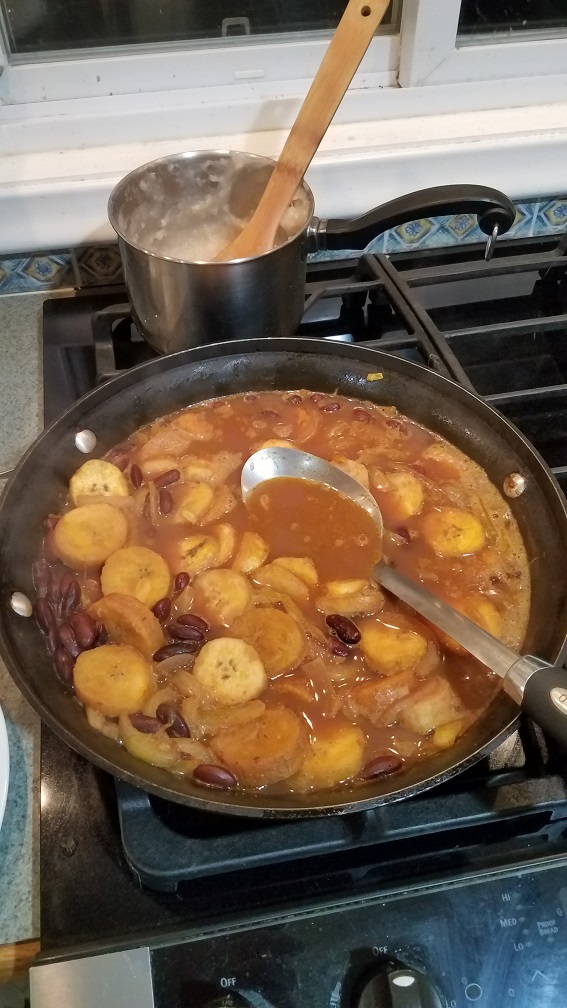 The recipe said you could use ripe or green plantains, so we used one of each for comparison.

For sides, we made lenga-lenga, which most authentically would use amaranth leaves.  we still don’t have a source of those, so spinach it was.  Lenga-lenga is actually pretty simple as well – just leaves, onions, and tomatoes sauteed in more of the ubiquitous red palm oil with chili pepper.  (I used Piri Piri chilies, since they are African and also delicious.)

Finally, yet another variety of starch paste.  So far we’ve had pastes made from sago palm, taro root, and corn meal.  This one used cassava flour, but the same basic preparation – boiling water, starch, and stir until you think you’re going to break the spoon. 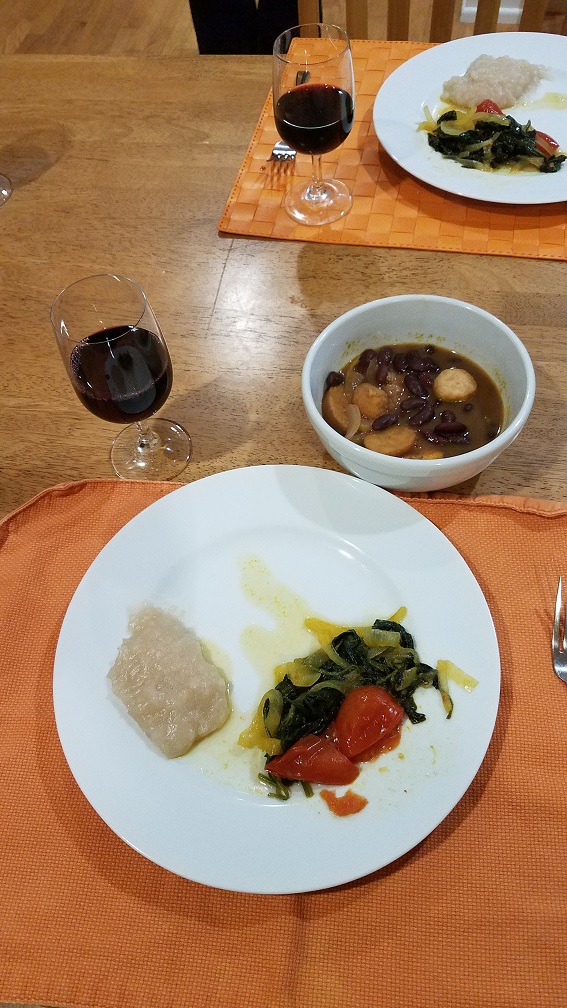 On the plate: Ubuswage and Lenga-lenga. In the bowl: Beans and Plantains.

The verdict? Well, if I ever make this again, I will definitely only be using ripe plantains.  The sweetness was really needed to balance the beans.  Also… even though they were soaked for nearly a day and cooked for over an hour – they were still too tough and bland for my taste.  Maybe I just don’t like kidney beans, but I’ll have to try really cooking the daylights out of them at some point to see if they get any better.

On the other hand, the Lenga-lenga was delicious – the piri-piri definitely made for a nice perky vegetable dish.  And this may be my favorite starch paste yet – it definitely had a nice chewy texture to balance the vegetables without being overly rubbery.

Here’s a group shot after the meal: 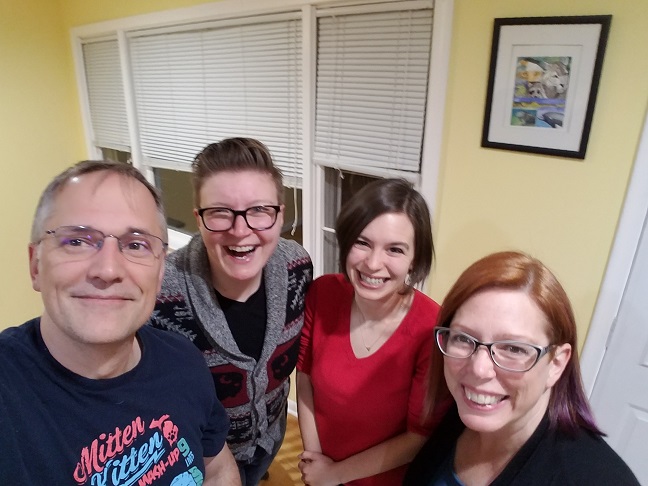 As you can see, the best part of these meals is always sharing new food with friends.

Next up, we depart Africa briefly for Cambodia, then right back for Cameroon.

Recipes:
Beans and Bananas and Lenga-Lenga

Cassava paste: Put about 1:2 ratio of flour into boiling water.  Stir until thick.  Is this authentic?  No idea – just took our best guess on this one.