“How do you know our food?”

The nice lady at the African grocery store was VERY confused.  Why was this clearly non-African person asking for kenkey and shito?

When I explained about our little “cook the world” project, she seemed skeptical, but on the other hand, when I asked again for kenkey, she said “Oh, you must be doing Ghana now!”  So at least we think this dish is authentic.

Why did we choose to buy kenkey this time?  Because the internet said it was a Ghanaian staple.  Why are we going to drive BACK to that store to buy MORE kenkey?  Because it’s f-ing DELICIOUS, that’s why! Kenkey is GOING AWAY my favorite African starch so far.  Like, it’s not even close.

So what IS kenkey?  It’s fermented corn dough, steamed in a corn husk. Here’s what it looks like still frozen, along with the rest of our haul from the grocery store: 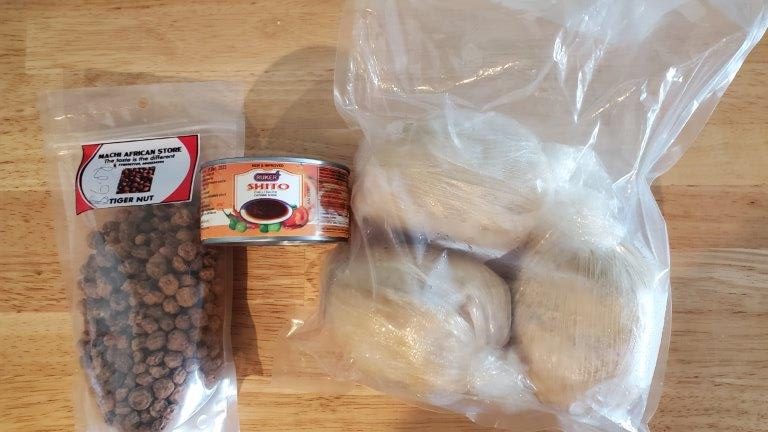 If “corn dough in a corn husk” sounds like a tamale to you, you’re right – the textures are VERY similar. But the other key word here is “fermented.” As in sour.  That’s right – this is a sourdough tamale.  If that sounds awesome to you, then you’re right! (We’ll talk about the other ingredients in this picture in good time.) 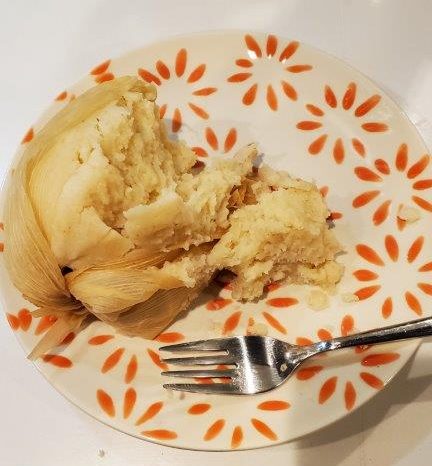 Sadly, we didn’t realize that “fully steamed” takes about two hours, so we didn’t get to try these until an hour or so AFTER we’d eaten the rest of the meal.  But that’s fine – they were great as leftovers, too.

When I told the lady at the African grocer that we were planning to make Jollof Rice for our main dish, she harrumphed a bit at that.  “We’re Nigerian – our version is better than the Ghanaian version.” After I got home, we did a little reading, and realized that there’s a HUGE rivalry over this dish between the two countries, which is hilarious, because it’s originally from Senegal.

But today’s project is Ghana, so here we go.  Ghanaian Jollof Rice is a tomato rice dish, which can be made with or without meat.  We decided to go with a chicken version, so we started by browning some chicken in oil. (With some onions, of course, because EVERY recipe starts with cooking onions.)  We probably should have used red palm oil, but the cookbook called for peanut, so we went with that. 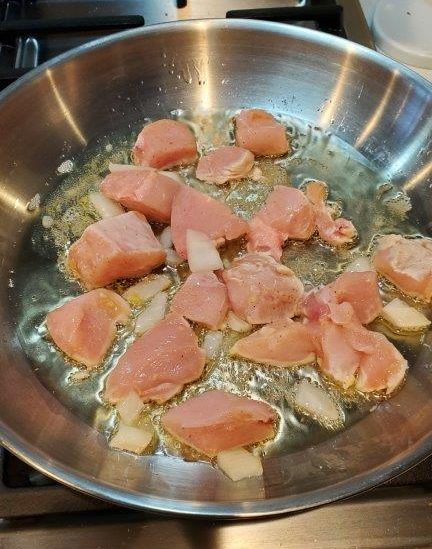 After that, you brown off some aromatics and thyme in the same pan. 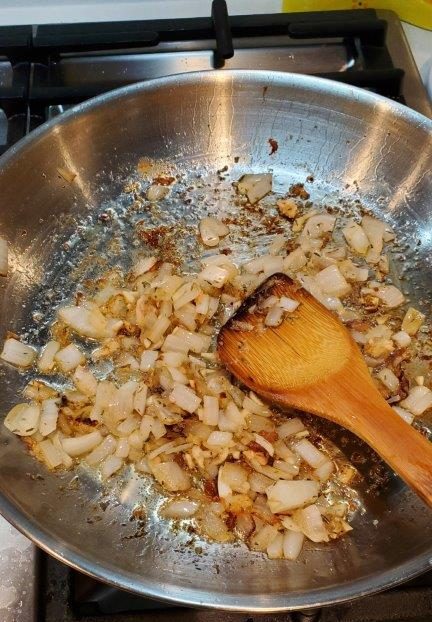 To finish the preparations, you pour in some tomato paste, tomatoes, and stock and cook that down a little.  Finally all of this gets tossed into a heavy pot with long grain rice.  Apparently, one difference between Ghanaian and Nigerian versions of this dish is that Nigerians will parboil the rice first.  (Or use a precooked rice like Uncle Ben’s.) 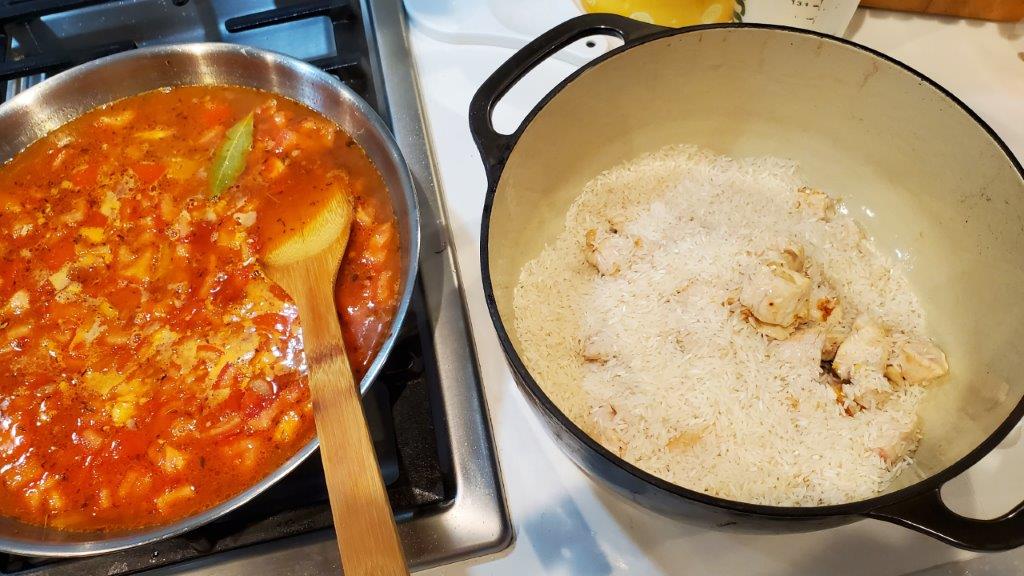 And that’s it – the pot goes into the oven to simmer for a while until the rice is cooked and the chicken is tender.  At the end, you stir in some veg.  (I am embarrassed to report that we used frozen mixed veg, but it worked OK.) And what comes out is not at all unlike jambalaya, which is of course, not surprising, given the origins of jambalaya. 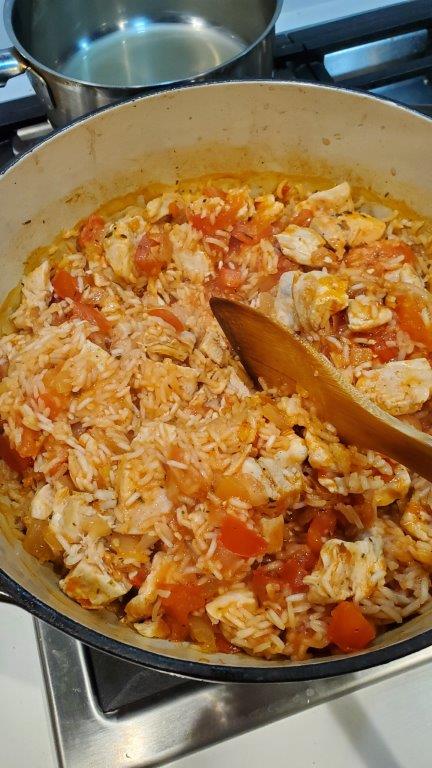 Finally, this is served with the second ingredient from the photo above – shito sauce.  Shito is a condiment made with chili peppers and shrimp.  It’s hot and fishy and salty and a giant umami bomb.  The recipe for making it says that your house will smell like fish for DAYS afterward, so we decided to just get it out of a can.  No regrets at ALL – it was excellent. 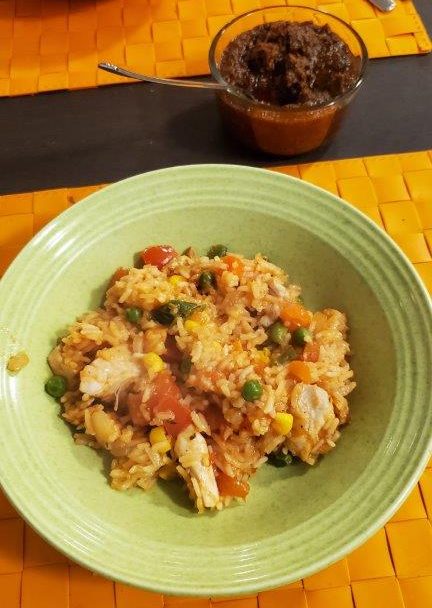 Deserts other than fresh fruit are apparently not a huge thing in Ghana, but one recipe caught our eye, and since the grocery store had it, we decided to give it a go – tiger nut pudding.

Tiger nuts are the tuber of the Yellow Nutsedge plant, which is cultivated specifically for this purpose in many parts of the world, and cursed as an invasive weed in many OTHER parts of the world.  Wikipedia specifically mentions its affinity for golf courses, oddly enough.  If you’ve had horchata anywhere BUT Latin America, it was probably made from tiger nuts.

To make tiger nut pudding (or horchata, it’s basically the same process), first you grind them to a fine paste with some water in a food processor.  These suckers are HARD, so it does take a while. 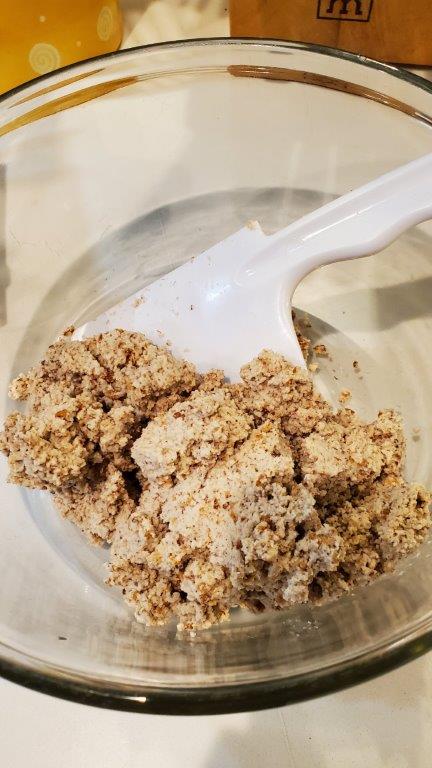 Once they’re ground, you add a bit more liquid, then put the whole mess into some cheesecloth and strain the liquid back out. 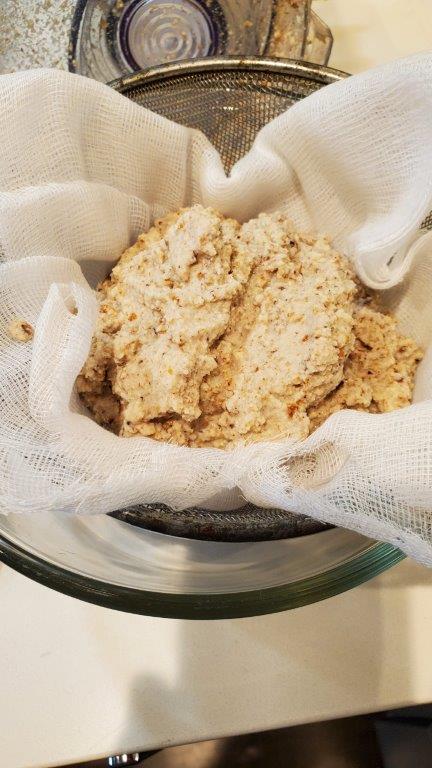 You soak the nuts with a little more liquid and strain that too. And then you take the nuts and… throw them away.  It’s the liquid we’re after.

At this point, you’ve got your drink – you could stop there, but we’re trying to make pudding.  So in goes the sugar, and onto the heat goes the pot. 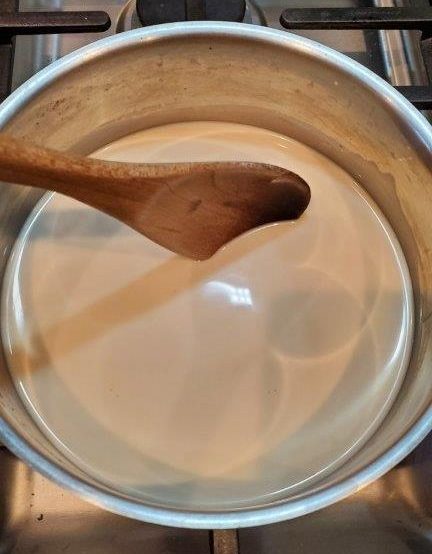 After a few minutes of stirring, the mixture thickens.  This always amazes me when it happens.  Chemistry is magic.  The thickened mixture goes into some ramekins, and after we finished our rice, we had tasty pudding. (And an hour left to go on the kenkey.)

In terms of flavor, it was subtle – reminiscent of cinnamon or clove, but not really either.  It was definitely its own thing, and a tasty thing it was.

And that was our Ghanaian meal!  We are DEFINITELY going to be going back to that grocery store in the future – after all, Guinea and Guinea-Bissau are both on the horizon.  But even if they weren’t – I’d want to toss some kenkey in the freezer and get a few more cans of shito.  Ghana’s definitely got it going on in the food department.

Next up, a country that we’ve not only visited, but we’ve even documented right here on this blog – Greece!

Recipes were from The Ghana Cookbook, by Fran Osseo-Asare & Barbara Baëta.  Here’s a link to some similar recipes from the internets:

Ghanaian Jollof Rice
Tiger Nut Pudding
Ga Kenkey (although our recipe was “buy from store, then steam.”)
Shito Sauce (us: “open can, eat”)