The reason for our trip to Greece was a conference of Leigh’s in Thessaloniki: a joint meeting of the European Society for the Cognition of Music and the International Conference on Music Perception and Cognition.  (What a mouthful!)  We made a point of arriving early so we could spend some time in Athens.  This turned out to be a really good idea. 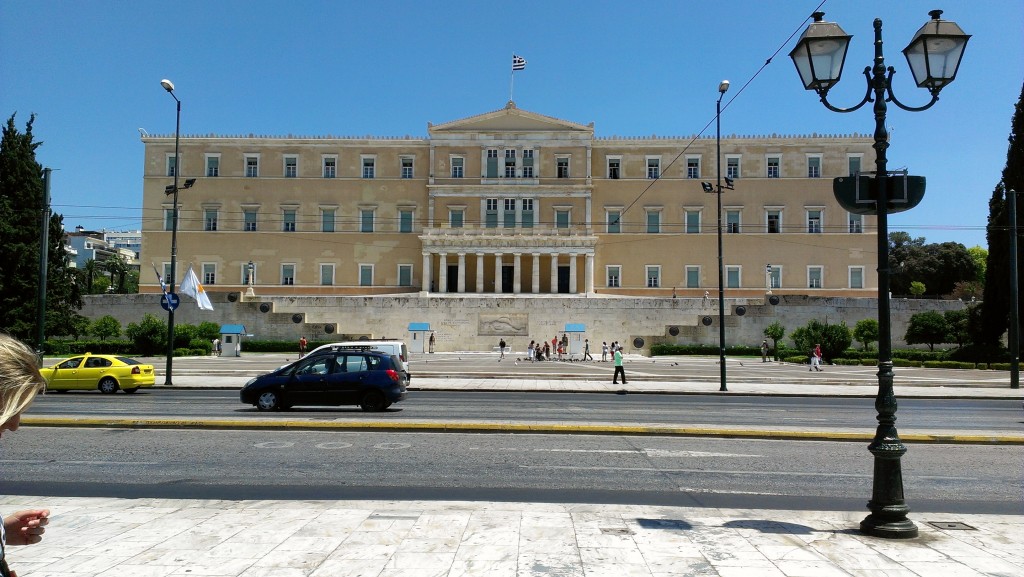 This is Syntagma square, home of the Greek Parliament building and guards with pom-poms on their feet.  After dropping off our luggage at the hotel, we went on a self-guided walk around town, with the Acropolis as our ultimate goal. 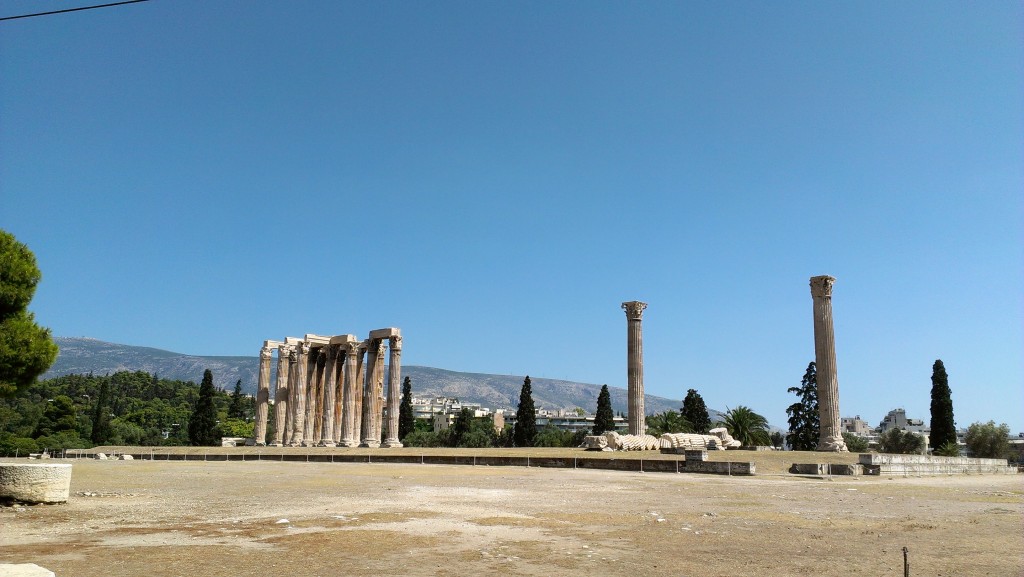 This is the remains of the temple of Zeus.  It’s hard to believe, but this was actually larger than the Parthenon when it was still standing. 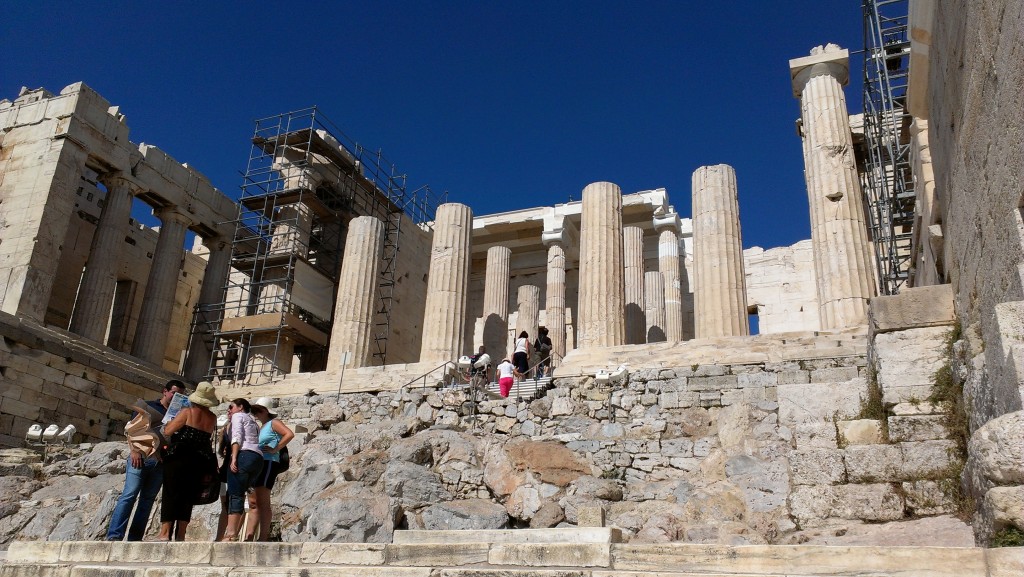 How would you like this to be your front door?  Coming from a country where “old” means a hundred years at best, it’s astonishing to climb stairs that have been around for 2,500 years. 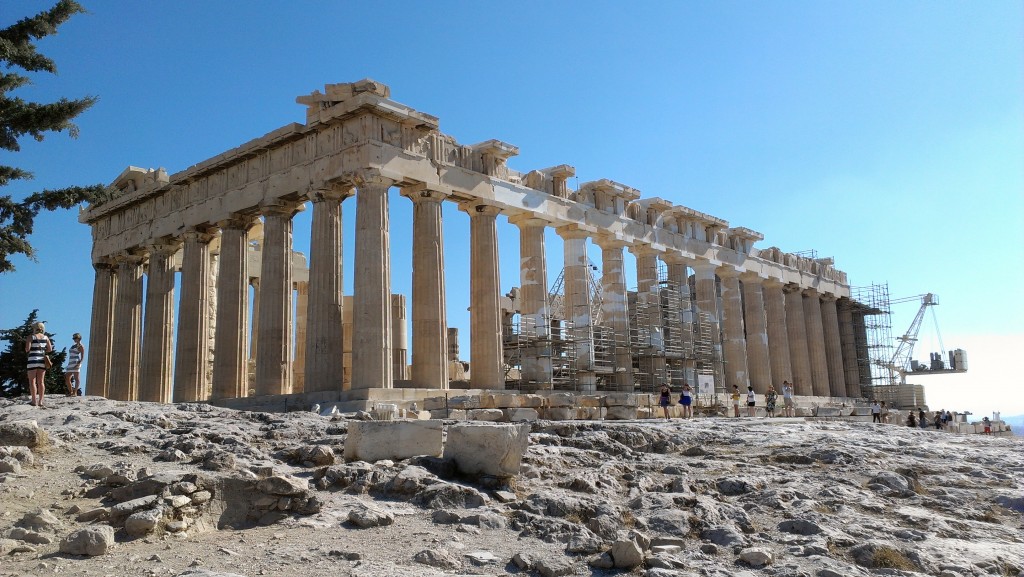 And there it is.  The Parthenon is one of those things like the Grand Canyon.  You see the pictures, and figure it can’t possibly be that impressive in person.  And yet – they both are. 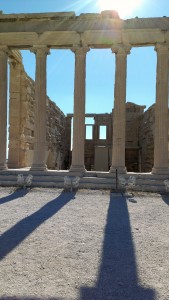 This is another temple on the same hill.  I’m sort of proud of this picture.  It really captures the “Lawrence of Arabia” level of really, really, hot that the weather was that day.  It was about 100 degrees when we were there.  Which is apparently 15 degrees cooler than it had been the week before. 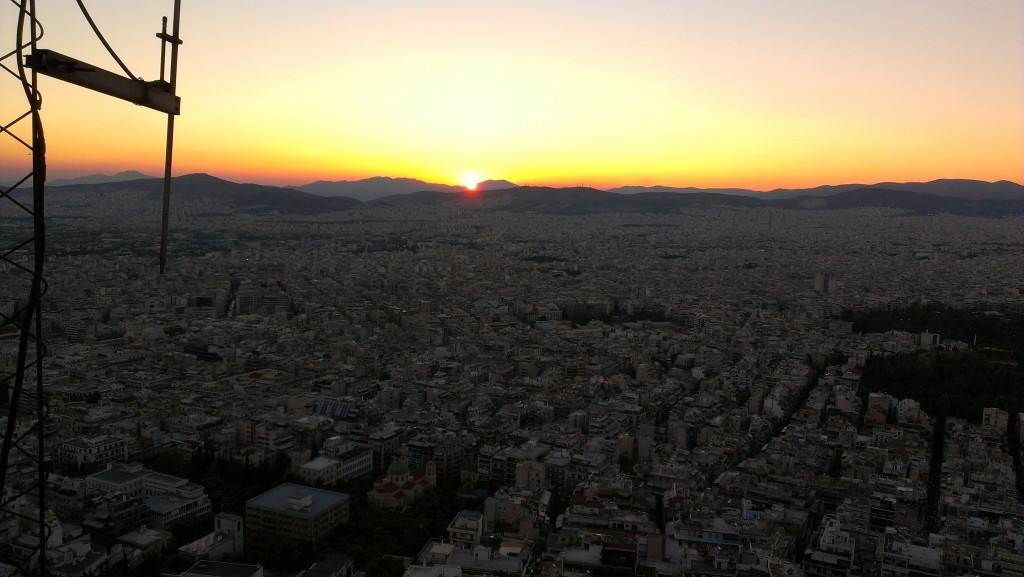 After a long day of walking around Athens, we decided it would be a good idea to climb yet ANOTHER hill (climbing hills turns out to be a theme of this trip) to watch the sun set.